Please provide the following information to make an appointment.

Thank you for scheduling a visit.

We will contact you shortly to discuss your appointment. 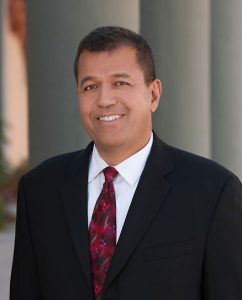 Alvaro H. Devia, M.D., F.A.C.S. (Fellow of the American College of Surgeons) is a graduate of Trinity University before graduating from the Southwestern Medical School, University of Texas, and subsequently completed his General Surgery Residency at the University of Utah.

Dr. Devia’s areas of special interest lie in advanced trauma and surgical critical care, abdominal exploration and repair, conditions of the breast, colorectal procedures, and many other aspects of general surgery. Dr. Devia also specializes in Advanced & Robotic Hernia Repair and is a member of the Americas Hernia Society.

Dr. Devia was Chief of Staff at Renown Regional Medical Center from 2008 to 2009. As an active member of the Army Reserves, Dr. Devia has been deployed three times since 2003. Dr. Devia is also a Clinical Assistant Professor at the University of Nevada School of Medicine. Dr. Devia is the Chairman of the Committee of Applicants for the Nevada (District 2) American College of Surgeons. He is currently on the board at Renown Health System and is fluent in Spanish.

In his spare time, Dr. Devia enjoys playing golf and spending time with his wife and two children.